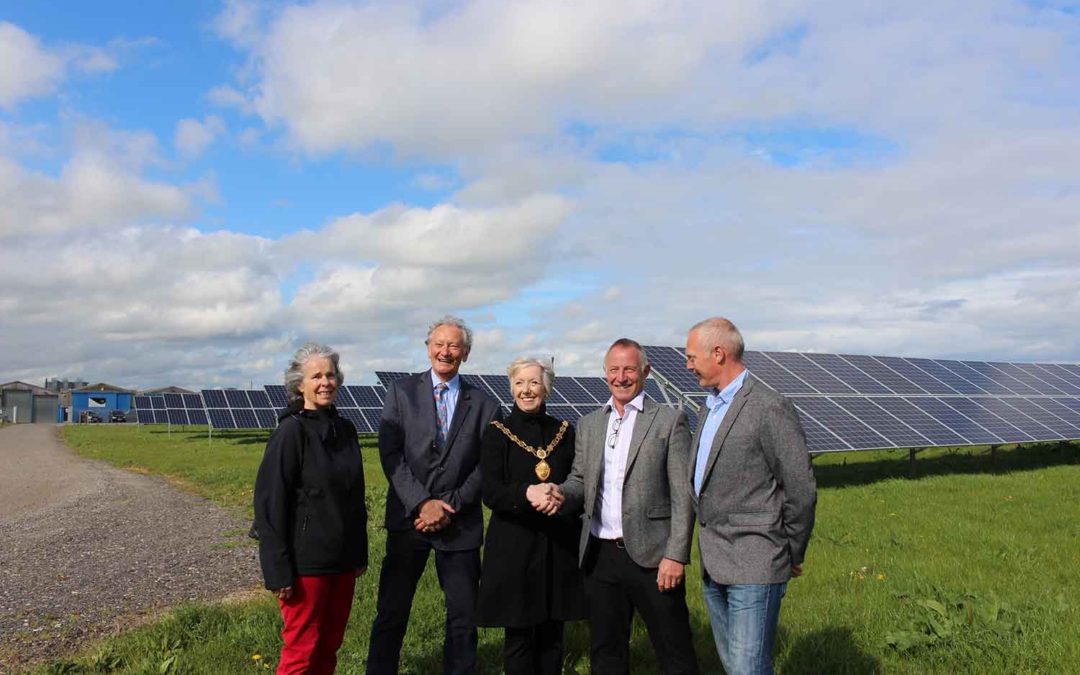 Harborough Energy, a local “not for profit” co-operative formed in 2014 via Sustainable Harborough, are delighted to announce the opening of their third renewable solar photo-voltaic energy project- a 100 KwH array installation at NBJ London premises in Husbands Bosworth, South Leicestershire.

Officially opened by the retiring Chairman of Harborough District Council, Ms. Lesley Bowles, on Friday April 26th, this project is designed to raise the low carbon electricity supply to NBJ, who are a significant power user, specialising in the manufacture and installation of Specialist Bespoke Joinery for High End Residential and Commercial Premises.

Funded as part of a Community energy supply initiative, via crowdfunding and private investments totalling £100,000 for the NBJ install, Harborough Energy seeks to expand their network of renewable energy initiatives across the Harborough District and the surrounding area, in particular to village halls, schools ,sports clubs and other community buildings such as churches, health and policing premises. In the case of NBJ we can help to de-risk future energy cost uncertainty .”

Commenting on the project CEO of NBJ, Neil Burke , said “ At first we were skeptical due to the complexity and financial risks of such projects but now we are up and running we are able to manage our energy far more effectively. We have also seen substantial interest from clients seeking to support their raised environmental reputations.”